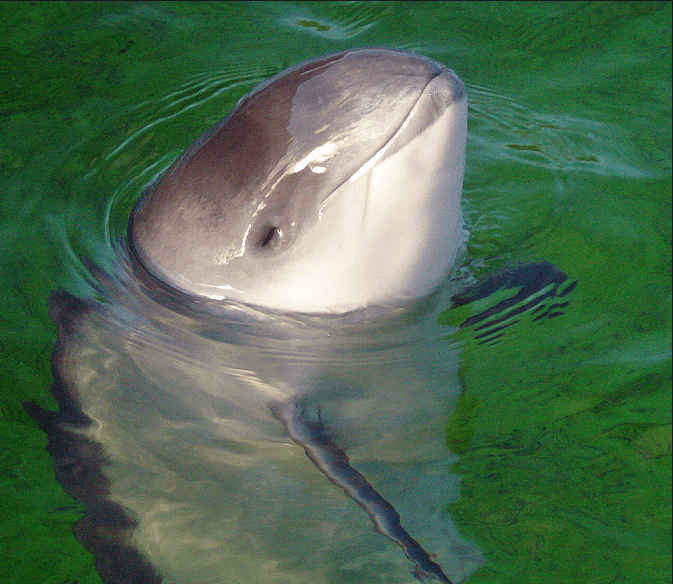 Dolphins and Porpoises. Are they really that different? Well, while there are many similarities between them, they are also worlds apart from each other. To the naked and untrained eye, most people wouldn’t be able to distinguish the two, because generally they are very much related. However, there are 4 main differences between dolphins and porpoises:

Dolphins are best known for their uncanny ability to impress the minds of many with their intelligence and skills. There are about 40 different variations of dolphins, from the Hectors dolphin and short finned pilot, to the spinner and white beak dolphins. Most dolphins inhabit salt water, but there are about 5 species of dolphin that are known to inhabit fresh water: the Amazon River dolphin, the Chinese River dolphin, the Ganges River dolphin, the Franciscan dolphin and the Idus River dollphin. The names of these species of dolphins are related to the waterway that is their habitat. On the other hand, there are 6 types of porpoises that currently reside in the world’s oceans, all belonging to the family, Phococenidae. They include the Burmeister’s Porpoise, Dall’s Porpoise, the Finless Porpoise, the Harbour Porpoise, the Spectacled Porpoise and the rare Vaquita.

Dolphins get their name from the Greek word, Delphus, which means “a fish with a womb.” They are extremely intellegent animals and their friendly appearance and seemingly playful attitudes have made them popular in human culture. Dolphins love to play, especially with each other! At times, they have been known to harass other creatures, such as sea birds and turtles. Dolphins enjoy riding waves and frequently surf coastal swells and the bow waves of boats. They can be seen leaping between the dual bow waves of a moving catamaran. Occasionally, dolphins interact playfully with swimmers. Captive dolphins have been observed in aquariums engaging in complex play behavior, such as creating and moving bubble rings.

Another big difference between dolphins and porpoises is their lengths. Dolphins have a very wide range of lengths and widths, anywhere from 1.2 meters (4 ft) and 40 kilograms (88 lbs) up to 9.5 meters (30 ft) and ten tons, like the killer whale. On the other hand, the average length of a male porpoise is just over 1.5 meters (5 ft) and females are slightly larger with the average length of 1.7 meters (5.5 ft). The average adult porpoise weighs between 61 and 77 kilograms (135-170 lbs).

Due to their small size, porpoises lose body heat more rapidly than dolphins. Their stout shape, which minimizes surface area, may be an adaption to reduce heat loss. Their thick blubber also insulates them from the cold. Their small size also requires them to eat often, rather than depending on fat reserves. Porpoises are rarely held in captivity as they are generally not as capable of adapting to tank life as dolphins.

One of the easiest ways to tell dolphins and porpoises apart is by their mouth and teeth. Dolphins have conical teeth and shorter beaks, while porpoises have flattened, spade shaped teeth. Another difference is that there are more fused neck vertebrae in porpoises than in dolphins, which limits the range of mobility in the porpoise neck. The porpoise even got its name during the medieval times from this noticeable characteristic. They were called “pig fish” from porcus which means pig, and piscus which means fish.

The last way to tell dolphins and porpoises apart is by their sound making. Dolphins vocalize in a range audible to the human ear. However, porpoises vocalize at a much higher range that we simply can’t hear.A recent study showed that porpoises produce high frequency clicks that are restricted to a narrow band of frequencies, while those of a dolphin are not.

You have seen the many key differences between dolphins and porpoises, but there is one thing that you can be sure of when it comes to these two animals: they share the common ability to amaze and enthrall millions who are dazzled by their intellect and unique characteristics. It’s safe to say that these two creatures have been blessed by divine touch.

Since Dolphins vs Porpoises is one of our most popular articles we have on the internet, it shows how important this subject is to you. We would like to find out why this subject matter has your interest. You can go below and leave a comment why you are researching this particular subject. Are you interested in this subject because of Dolphins or Porpoises? We would love to hear from you!!

17 thoughts on “Dolphins vs Porpoises – Can they be different?”